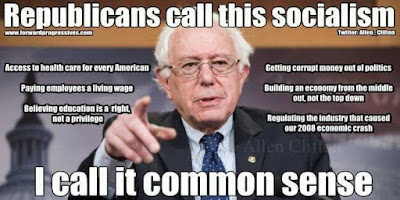 "And today, they had the big Easter egg roll on the White House lawn. They always have it on Monday after Easter. But this year, because of the economy, they almost had to cancel the Easter egg roll. At the last minute, though, the United States government borrowed a billion eggs from China." --David Letterman

"How about that story, with the pirates off the coast of Somalia? Man, I mean, President Obama, this guy is getting it done, you know. He rounded up the Somali pirates and the Madoffs all in the same year. Looking pretty good." --David Letterman

"Now the new puppy is a Portuguese water dog named Bo. Apparently, they call the dog Bo because Michelle's father's nickname is Diddly. So Bo Diddly. It's very complicated. Settling on a name for the President's dog is like having to name one of the octomom's kids." --Craig Ferguson