Please excuse Tyler. He was with me (You know Joe Biden has not sold a single car?) 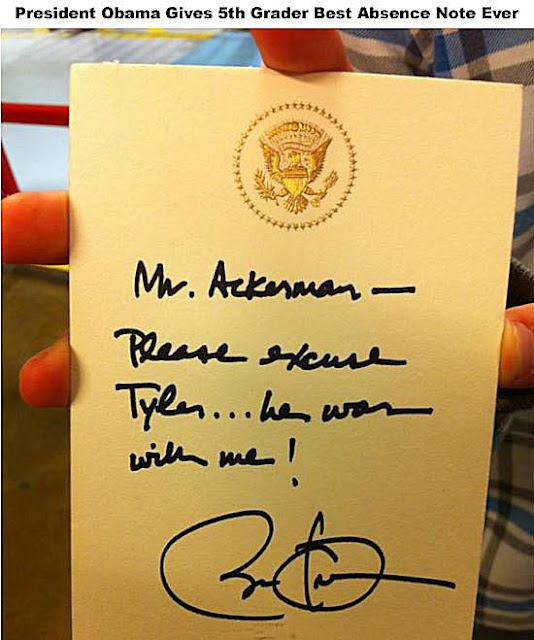 "And the press is going crazy over First Lady Michelle Obama. They say she is the reason for the sleeveless fashion trend that is sweeping Europe. But President Bush spoke about this today. He said he is appalled by it. He said, 'Sleeveless? How does she wipe her nose?'" --Jay Leno

"And things are not going well with this auto bailout. President Obama called from England today to check on the status of it. You know Joe Biden has not sold a single car? Not one car since this whole thing started." --Jay Leno