Soak it up, we'll probably never see anything like this again (And thanks for the awesome civics lesson) 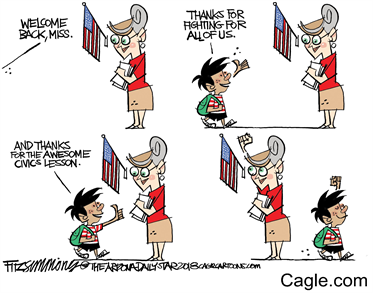 As you probably know, the president canceled his June 12th meeting with Kim Jong Un today. Only Donald Trump could cancel a summit with Kim Jong Un in the morning and then have a meeting with Sylvester Stallone later in the day. Soak it up, we'll probably never see anything like this again. --Jimmy Kimmel
After North Korea indicated that the talks may be off, Trump announced the talks are off. It was the nuclear nonproliferation equivalent of, “You break up with me? I break up with YOU!” --Jimmy Kimmel
http://idiocracy23.blogspot.com/2016/06/john-hulse-collected-poems-1985-2015.html “A magisterial collection. An emotional roller coaster. Soon to be a cult classic. A combination of Bukowski’s Last Night On Earth and Orwell’s 1984.”