Where the Hell Is Gambia? (He's already his own clown) 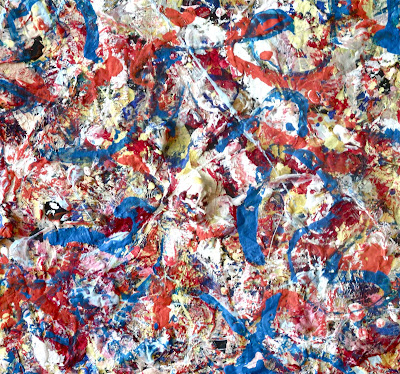 After explaining to the countries of the world that America would leave them alone, he started picking on them: [Trump] "Iran's leaders sow chaos, death, and destruction. Not long ago, Venezuela was one of the richest countries on Earth. Today, socialism has bankrupted the oil-rich nation. China's market distortions and the way they deal cannot be tolerated. Germany will become totally dependent on Russian energy if it does not immediately change course." He's working the room like an insult comic. “Hey, check out Italy over here. You’re not fooling anybody with that big boot. Gambia, we all know their national motto: ‘Where the Hell Is Gambia?’” --Stephen Colbert

Then Trump provided a bold vision for the global migration crisis — let somebody else handle it. [Trump] "Ultimately, the only long-term solution to the migration crisis is to help people build more hopeful futures in their home countries, make their countries great again." He's just talking about a franchise opportunity. It's MAGA-Donald's. He's already his own clown. --Stephen Colbert
http://idiocracy23.blogspot.com/2016/06/john-hulse-collected-poems-1985-2015.html “A magisterial collection. An emotional roller coaster. Soon to be a cult classic. A combination of Bukowski’s Last Night On Earth and Orwell’s 1984.”