Oh man, I gotta record this. No one will believe me! (I don't always watch Fox News...) 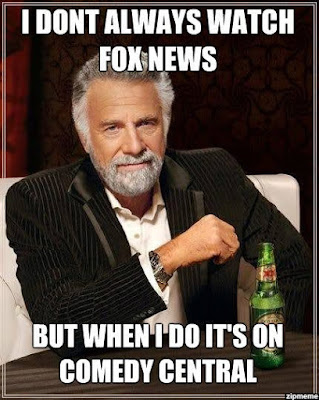 The White House is still reeling from a bombshell report from The New York Times. The article revealed that Deputy Attorney General Rod Rosenstein once floated the idea of secretly recording conversations with the president by wearing a wire. A wire? If you want to catch Trump saying something incriminating you don't need a wire. Just look at his Twitter feed! --James Corden

First, Trump's personal lawyer secretly taped him. Then, Omarosa taped him in the White House. Now look, I'm no political expert, but it's probably a bad sign when literally everyone you work with is like, "Oh man, I gotta record this. No one will believe me!" --James Corden
http://idiocracy23.blogspot.com/2016/06/john-hulse-collected-poems-1985-2015.html “A magisterial collection. An emotional roller coaster. Soon to be a cult classic. A combination of Bukowski’s Last Night On Earth and Orwell’s 1984.”