Do what I do, choose neither (Republican Bedtime Story) 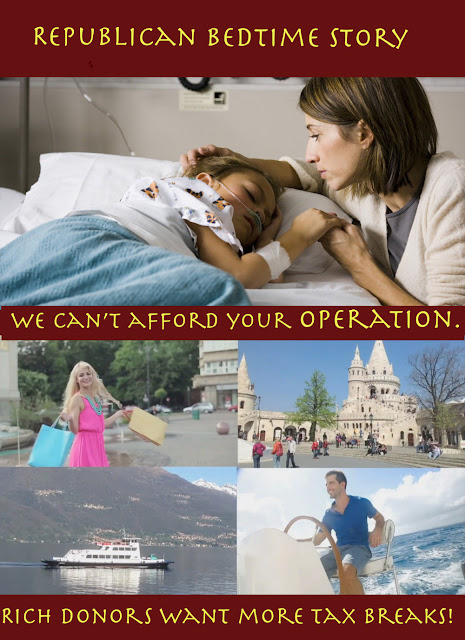 Speaking of Beto O'Rourke, he's been able to campaign more than anyone, because right now he doesn't have a job. So he's actually been driving around the country in a rented Dodge minivan. Let me get this straight. One of the top Democratic candidates is a 40-year-old unemployed guy living out of a van? Perfect. Sounds about right. --Jimmy Fallon
That's right, Trump and Kellyanne Conway’s husband are in a huge Twitter feud right now. But Kellyanne says that she's not being asked to choose between her marriage and her job. And Trump was like, "Do what I do, choose neither." --Jimmy Fallon
Kirsten Gillibrand topped the poll for which candidate probably owns a sign that says, "It's wine o'clock." --Jimmy Fallon
Later this year, the creators of Game of Thrones are going to start shooting some new Star Wars films. Very exciting for fans who love the Star Wars movies but always thought they could use a little more incest. --Jimmy Fallon
http://idiocracy23.blogspot.com/2016/06/john-hulse-collected-poems-1985-2015.html “A magisterial collection. An emotional roller coaster. Soon to be a cult classic. A combination of Bukowski’s Last Night On Earth and Orwell’s 1984.”