It's being called the right procedure on the wrong Palin (What happened to the last guy?) 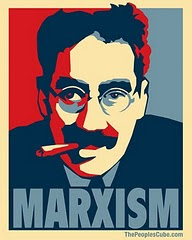 "Bristol Palin just announced she had corrective surgery on her mouth. It's being called the right procedure on the wrong Palin." –Conan O'Brien

"President Obama's approval rating has hit 60 percent, its highest in two years. So he can pretty much count on reelection if he can just kill bin Laden two more times in the next 12 months." –Conan O'Brien

"Al-Qaida has not yet picked a new leader to run their terrorist organization. Apparently, candidates keep losing interest after asking, 'What happened to the last guy?'" –Conan O'Brien

"Arnold Schwarzenegger and Maria Shriver might be splitting up. Arnold's friends say he is doing everything he can to win his wife back. He just burned every single copy of 'Jingle All the Way.'" –Conan O'Brien


http://idiocracy23.blogspot.com/2016/06/john-hulse-collected-poems-1985-2015.html
“A magisterial collection. An emotional roller coaster. Soon to be a cult classic.
A combination of Bukowski’s Last Night On Earth and Orwell’s 1984.”
Posted by John Hulse at 7:45 PM