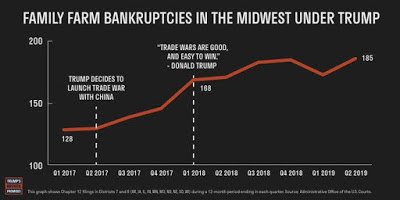 “Press Secretary Stephanie Grisham later explained that Trump decided to get parts of his physical done early because he had a ‘free weekend in Washington.’ O.K., that’s the saddest thing I’ve ever heard. [Imitating Trump] ‘Hmm, let’s see, I’ve got the day off. I could spend it with my children — not really my thing. Uh, with my wife? No, she hates me. Uh, my friends? All in jail. Uh, tell you what: I’ll just go to the hospital and have them stick me with needles, just to feel something.’” --Stephen Colbert
“But Trump said he’s feeling great. Today he was like, ‘I’m the picture of health. I do 10 steps a day, I drink eight glasses of Diet Coke, and I try to get a good seven to eight hours of tweeting.’” --Jimmy Fallon
“He’s faster than a tweeting bullet. He’s able to bankrupt tall buildings in a single bound.” --Jimmy Kimmel
“I am sincerely relieved to say that it looks like there’s nothing wrong with the president’s health. I might not be Trump’s biggest fan, but I don’t want him to leave the White House feet first. I want handcuffs first.” --Stephen Colbert