Truth: It's the new hate speech (we’re waging against ourselves) 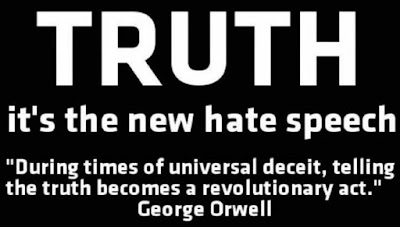 "Rep. Peter King says WikiLeaks presents a clear and present danger to our national security and should be branded a terrorist organization. Former Vice President Dick Cheney says we should waterboard the Internet." –Jimmy Kimmel

"WikiLeaks shows our allies are also funding the terrorists. So we’re like the commissionless middlemen in a war we’re waging against ourselves." –Jon Stewart

"President Obama announced a two-year pay freeze for all federal employees. This means the next time the TSA agent is reaching into your pockets, he's looking for spare change." –Jay Leno