As Sarah Palin points out we did steal their land 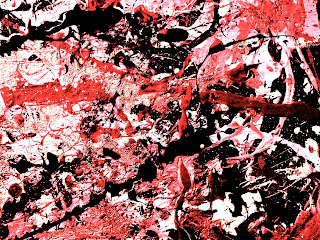 "New Rule: If the Indians have a rocket that works, but the North Koreans don't, we have to stop being scared of North Korea and start being scared of India. Now, you may ask, why would the Indians launch a missile at us? Well, as Sarah Palin points out we did steal their land." –Bill Maher
"New Rule: Let's follow Canada, and get rid of the penny. It costs more to make than it's worth. And we don't need another copper-colored reminder that government is a useless, stupid boondoggle. We already have John Boehner." –Bill Maher
"Happy birthday to Jay Leno, who turns 62 tomorrow. If you would like to get Jay a gift, you can't go wrong with giving him someone else's show." –David Letterman
"Newt Gingrich is dropping out of the Republican race. People are wondering what Newt Gingrich will do. Well, right now he's working on a half-hearted endorsement for Mitt Romney." –David Letterman
John Hulse painting