What decent, patriotic American wouldn't stand behind a glory goal? (Who's Afraid of the NRA?) 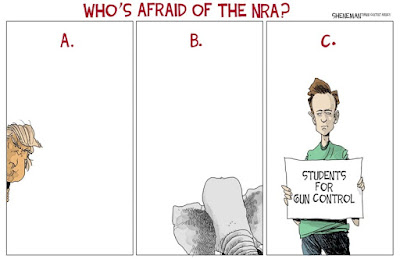 "Basically, some immigrants already in the country illegally will have to pay a $5,000 fine, then the head of the household will make a touch-back trip to their home country, at which point they can apply for Z visas ... or one can apply for a probationary card ... or you can get a guest-worker Y visa. ... Of course, you understand all of that because you're an illegal alien who doesn't speak English very well and lives in fear of deportation." --Jon Stewart, on the immigration reform bill

A magisterial collection.
An emotional roller coaster.
Soon to be a cult classic.
A combination of Bukowski’s
Last Night On Earth
and Orwell’s 1984.
http://idiocracy23.blogspot.com/2016/06/john-hulse-collected-poems-1985-2015.html